Once deemed a luxury only the wealthiest people in the world could take advantage of, JetSmarter, a new app for private jet consumers, is utilizing the tech industry to create opportunities for more consumers to take advantage of flying privately. 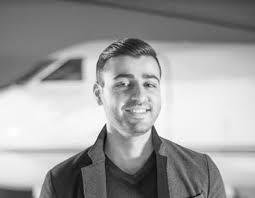 The mastermind behind this operation is Sergey Petrossov, a young man whose background includes education technology and business administration. Petrossov moved to the U.S. at a young age and attended The University of Florida. Although he was more interested in putting his analytic mind to use in the real world than in class, he graduated with a B.S. in business administration and finance in 2009.

After a successful stint co-founding the Federal System of Distance Education, Sergey Petrossov was invited to fly on a private jet to strategize expansion into new territories; he was skeptical that he had any expertise on the topic but then began researching the potential of offering flights to more people, primarily two consumer types: those who already travel on private jets and those who fly first class or business class who are daunted by the private jet price point. The generally empty seats being filled will offset costs for both types of consumers. Ironically, his business strategy is to democratize this “elite” service (upper echelon earners) to include more people and give those who would not have normally traveled in this manner an opportunity to save time and money in the long run (given the assumption that time=money).

Petrossov urges potential patrons to understand that on top of saving money, the most valuable point of difference with this service is the access to the social network they will have once on these flights.  Instead of just arriving at their destination randomly on a plane, they will have the unique ability to create a community of diverse people who are innovating the top industries in the world. Petrossov’s impressive background and experience will hopefully allow JetSmarter to flourish and procure the repeat customers it needs to remain successful.